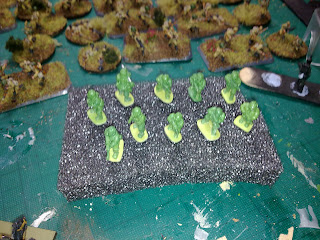 First steps taking today!  Making the master mould. First up aligning the figures in the silican based mould and adding the alignement studds. Also removed the centre so it fits into the machinary for spinning. 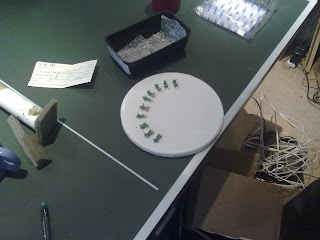 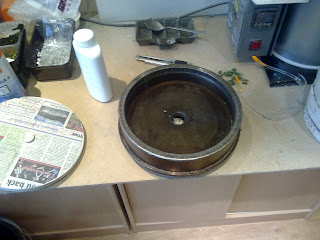 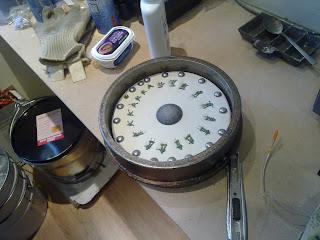 
Its then added to this beast and vulcanised for about an hour at 110 degrees. 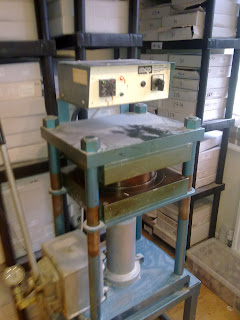 Once cooked the mould is removed and ready for cutting the channels and feeds. This is were cuts are made to allow the flow of metal on spinning. Once completed its ready for some master figures! 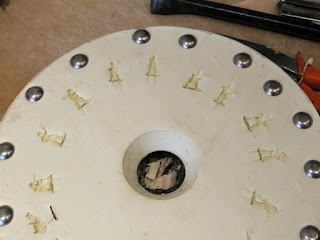 Before it looks like I know what this is all about...Id like to thank Mike from Black Hat Miniatures. Mikes provided me with the means, skills and time to start this process and its his skills thats running the show! So big thanks to Mike
Posted by ArmybitsUK at 03:50

Email ThisBlogThis!Share to TwitterShare to FacebookShare to Pinterest
Labels: moulds