As part of the support weapons team or hq Ive created my first sniper. The sniper is using the  PTRS 250R rail gun.  The PTRS  is an electrically powered rifle that accelerates a conductive projectile along electromagnetic rails. The PTRS can launch projectiles much faster and further than any current firearms technology which favours the long range specialists.
The PTRS can also be used in the anti tank mode, with penertration success on some of the heaviest combat tanks out there today!


This large weapon is made from lightweight composites and consists of a box fed magazine to hold projectile and eletric power for 8 shots. Stability software and a long range electronic sight; which can also attach to the  STSh-123 combat helmet, provide a stable platform for both sniper mode and ATG mode. 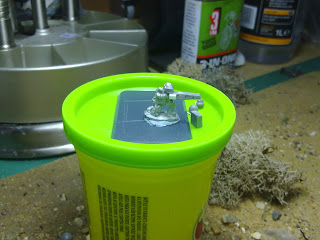 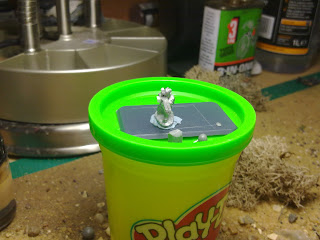 hmm ....the camera is playing tricks. The weapon itself is straigh to my eye as is the weapon site. Maybe its just the angle, or maybe the cameras far better than my eye! Either way, it looks good in the flesh ...to me :)