WIP
The Xiangyu WZ993 APC
I've reworked the original 'print' ( it was still great) and provided a few new turret options. The original had some design flaws that were not that great when cast in resin. I had a very thin lip rim to the body, which looked nice was really fragile and easy to break. It just wasn't robust enough. I also created open hatches, rather then solid, which I think is nicer. So....I'm about to send this for reprinting, soon as I've made it watertight and the weapons are good.

This is the APC variant, which will carry two of the PLA infantry drones on it tops rear frame. They release when the troops disembark. Carries two fire teams of four men.

No date for readiness. I've three vehicles in front of the queue, however they are almost ready for ordering. I've a rather splendid painter working on two of them as we speak and some Russian 'whites' Infantry which were going to be dropped of at the production mold makers this evening...however work has just cancelled that!
Hopefully tomorrow

Here is the original turret. Ill still likely offer this as an option to :) Its also the heavy gun drone:) 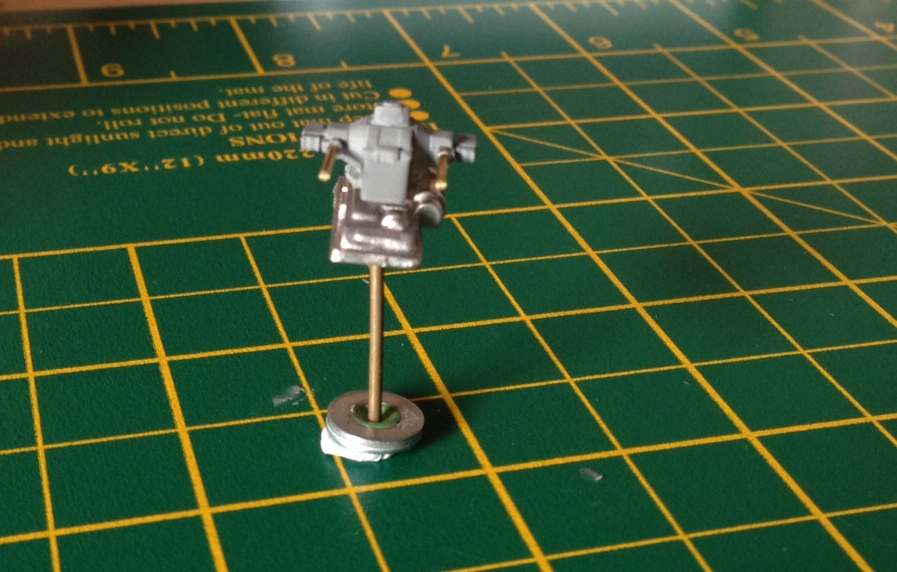 Keith
Posted by ArmybitsUK at 09:50