Just to let you know I am working on the next release with Black Hat and I have not gone MIA! We will hopefully have the new sets out by next week. The stumbling block so far has been the heavy weapons teams. We simply have so many options we are trying to work out whats best. We have 3 guns - a HMG, Grenade Launcher and a Gauss/Rail ATG and 3 different mounts. We are just making some metal copies to check out and then all 3 sets will be released. Support Weapons, HQ and Heavy weapons.

Following on, we will have the upgraded troopers with superior weapons and also the open helmeted versions for lower tech troops. These will probably have a gasmask troops and open helmet troops.

Also coming out will be the grav support carrier. Its simply a grav sled, with options to have med evac, MRLS type launched, heavy weapon or simply left as a grav sled for supplies

And thats not all.... Im working on other forces and I have a test sculpt to see what people think. Its the Royal Commonwealth Forces. 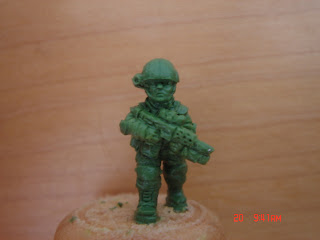 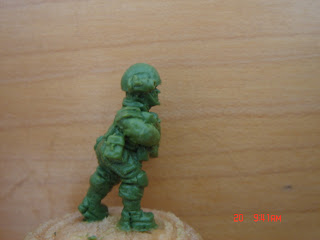 Let me know your  feedback