Due to unerxpected demand...Im awaiting some new stock. Should have it Weds so any outstanding orders will be out at the latest on Thursday. Sorry about that, however it does mean other items will be out sooner as I can invest!
Posted by ArmybitsUK at 03:31 5 comments:

Id like to say a quick thanks to everyone who has supported my adventure, particular to those as Ive now sold over 45 packs! A great start and beyond all of my expectations. Still a long way to go to breakeven, another 150 packs would do it :) however its allowing me to start the next set with some confidence!

So here is what is currently under 'sculpt'

The HQ
2 officers . Doing officer type stuff- looking and pointing :) One without helmet. One of these is going to have a rifle so it can be swapped with the squad commander with pistol in the unit pack
One medic, same basic infantry, however give him a small scanner in his hand and a backpack.
One comms man - basic infantry with comms backpack and rifle
1 politikal officer - basic infantry - however with commisoners type hat. Ill add a picture of what I mean (politcal officer). Pistol
.
Support Weapons squad.

This can bolster the unit pack or provide a support unit

ATG gun -  a depoyable portable rail gun.
The ATG gun has a two man crew. However rather then manning a gun,  both are kneeling, one with binocular type device and one holding a keypad, laptop type thing.  They will be remote controlled weapons. So the crew set can fire all weapons.

I will also have a loader. This will be a bit different in that I want a standard infantry man, in exoskelatan suit.  Its  a basic infantry  with skeleton on his outside legs, arms, feet and chest. Helps load and lift heavy stores.

Missile sled. It will be a mini AEGIS combat system able to launch Artillery (mortar) rockets, AA missiles or anything else you like!
A second sled will carry ammo or deployable units

and thats about it for now. Hopefully you will like them :)

The Rusks are on the move

Getting ready for my first game with my new troops. By no means pro painted, however look ok to me:)


Fire Section 1 on the move 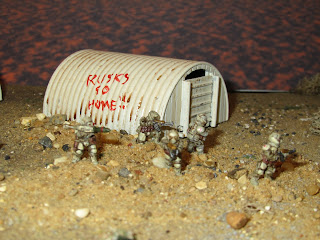 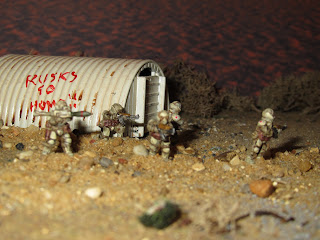 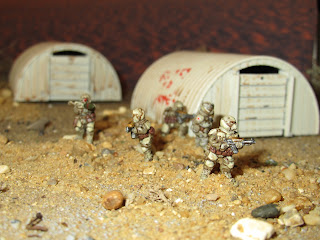 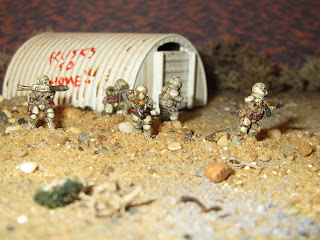 It struck me to keep my orders seperate from questions etc . So Ive created a new order email. For all those that have preordered, do not worry all is safe and I will continue to use both emails, so nothing will be missed, just thought it easier to seperate them :)

So for any new order please use ordersforarmiesarmy@gmail.com

Posted by ArmybitsUK at 13:11 No comments:

I am open for business!

The production moulds are being finished so I am happy to take any preorders. Each pack will be a 10 men squad and cost £3.50. To order please contact me on armiesarmy@gmail.com or through this blog and I can send you a qoute including the calculated postage.
Posted by ArmybitsUK at 03:40 5 comments:

Whats coming next I ask?

Im thinking for these to be of use as an army, Im going to need a full support of HQ and heavy weapons, so that is in fact what i am doing. The HQ team will consist of additional commanders, a medic and sniper team. Probably 5 figures.

The heavy weapons will be a little bit different. I will have a 2 or 3 man crew and then a choice of support weapons. They can include a rail gun ATG, AA defense and an Anti Infantry Weapon. Without giving to much away, each weapon will be a stand off weapon and the crew will fire using a remote controller. Id thought it unlikely in the age we are discussing that weapons would still be crewed openly.  Two crew will be operators and some will have  third crew member as a  loader.  The loader will be a small heavy lift loader, possibly a exoskeltan suited character who does the heavy lifting and can cover teh distance to reload quickly.

Another weapon will be the mortar. Now I'm in two minds as to what future war mortars will be like and Ive been thinking a multi function launch tube device or aerial device. As it is , Im thinking a miniature multi tube device, like a MRLS. This will be sled driven (hover, wheeled, grav) and will contain multiple tubes for mixed ordanance. The heavy loader will be perfect for loading these. Im open to suggestions!

Another work in the pipeline are Heavy infatry troopers. They will be exoskelatan troopers with heavy calibre weaponary and jump assisted devices for jumps and landings. They will also support full heavy armour and will be in the style of the normal infantry.  Brings these troops from milita to a Russian/Russian sponsored forces.

Finally, Im doing some none full helmeted versions of the current infantry range. The may be used for the same era or even modern. They will look very much like russian forces in Chechnya.(spelt?)

Despite not finishing my WIP for my production figures, I got home today to find some test casts ready for me! They are from the master mould which I will create my production mould. So here they are 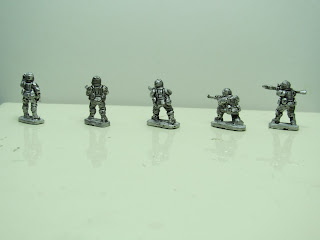 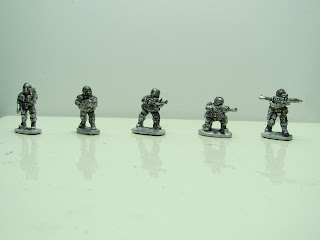 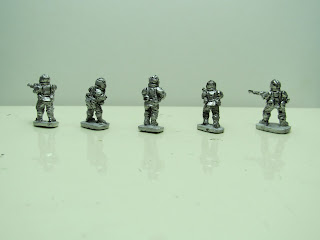 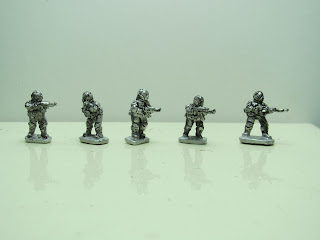 These are straight from the mould with a little black wash to highlight it for the pics better. Ive still to work out how to use the camera correctly, however dont think they look to bad. At some point I will picture each up individually so they look a little more animated.


Very pleased with them and fit nicely with a few other ranges I think. Here is a comparison shot up against the fantastic GZG and Khurasan miniatures. 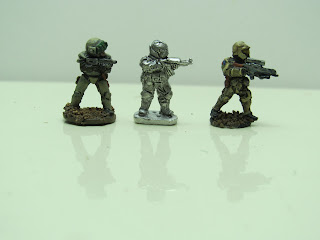 Finally.....any suggestions as to where I post these announcements for marketing purposes? I so far use TMP and lead aventure forum, however the more I use the better :)


Next up finishing the WIP and painting some up
Posted by ArmybitsUK at 13:49 5 comments: