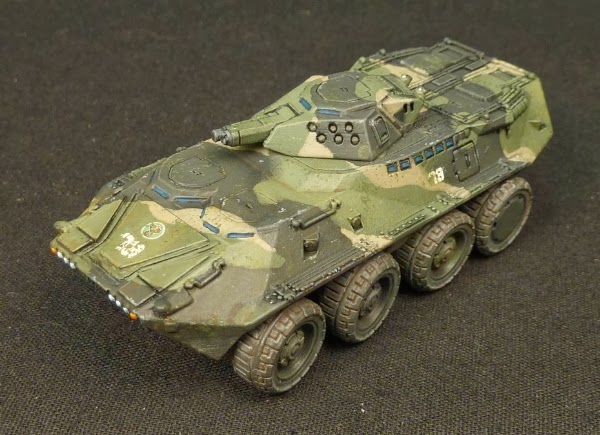 The BTR-290 is a modern, moderately armored vehicle amphibious vehicles with a collective chemical-biological-Electronic radiological (CBER) protective system. Operated by a crew of three, the vehicle can carry a squad of Nine troops.  It is powered by a Fusion Power Plan 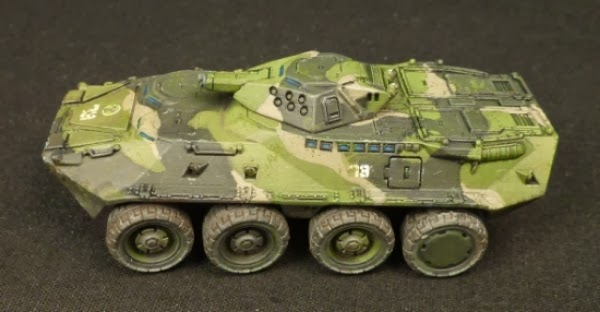 The BTR-290 8 x 8 armored personnel carrier is intended to carry personnel on the battlefield and provide close fire support. It can also carry out reconnaissance, combat support and patrol missions. It entered service with the RUSK army in 2085 and has since been used in a number of military conflicts, including Intergalactic colonial security operations. The vehicle is in production and in service with the RUSK Guards army and with a number of other RUSK military elements 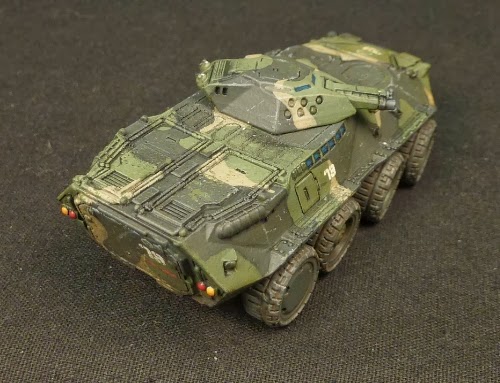 The BTR-290 is superior to BTR-160 with a larger chassis, high-angle-of- fire turret, and single more powerful fusion engine (vs gas). The conical turret has been improved and the gun can elevate higher. This was a problem on BTR-160 when the Imperial Russian Union were fighting the Russian united States of the Kirov System in the mountains and cities of New Leningrad. The front and side firing ports have been greatly improved (square/inset, angled slightly forward. The BTR-290 also fixed the side entrance problems found in BTR-160. Now the entrance consists of a two upper doors (upper and lower parts which open outwards) and a rear lowering hatch. It's now big enough to load/unload cargo, and exit rapidly with full battle gear on. 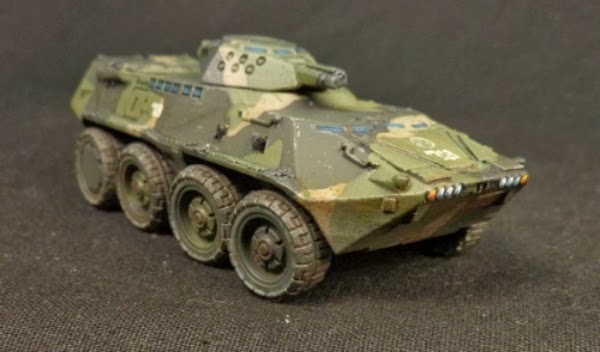 The turret is improved relative to the BTR-160PB and can be elevated to +60 degrees compared to the +30 degrees of earlier vehicles. The automatic sighting system for the 40mm Electric Rail gun and Gaus Auto Cannon are also of improved design. 12 mini launchers containing a mix of counter defensive measures, which include smoke, Electronic EMP, anti-personal and C-RAM.
The armour is a highly guarded secret; however it is thought to be of a composite nature with electric Nano robotic technology
The BTR-290 can carry nine infantry men, along with a crew of three, consisting of a commander, gunner and driver. The firing ports are designed for AKMS 740 individual weapons or the 7.62-mm PKM 200 general purpose machine guns.
The fully amphibious BTR-290 is powered by a Fusion Tokamak - Helium 3 cooled engine, which provides 460 hp. It is capable of a maximum speed of 100 km/hour on paved road and 15km/hour when afloat. Fuel endurance range is 1800 km on roads. The BTR-290 is fitted with NBEC (nuclear, biological, Electrical, chemical) protection system, automatic fire-fighting system, camouflage devices, bilge pumps and a self-recovery winch. 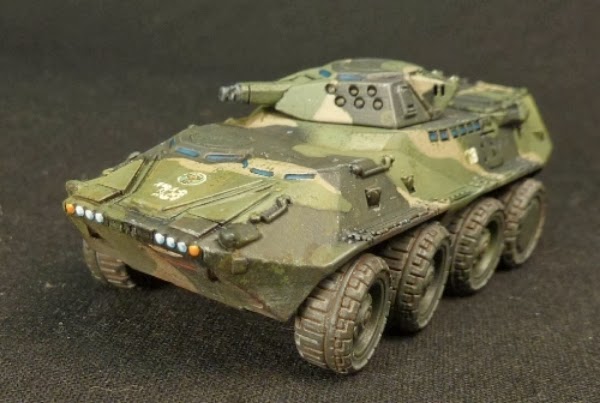 Rumors persist that the BTR-290 is also orbital drop capable and can be fitted with its own lift capacity.  This rumor has not been denied by the RUSK authorities.


This is the first draught :)