just another update as things are about to start coming thick and fast!


So here are some sample pics of the next releases. The master molds are almost done, just need to touch up the medic and the grenade launcher. The missing commissioner and ATR/ sniper have been redone and await a master mould. Once I have these all ready, then Ill be casting the production moulds and ready for orders! Hopefully a few....

In no particular order and Ive still not decided on the whats in what pack, here are some samples. 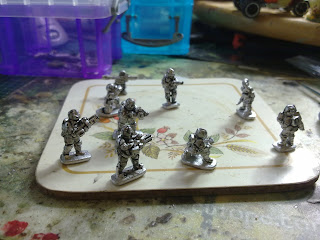 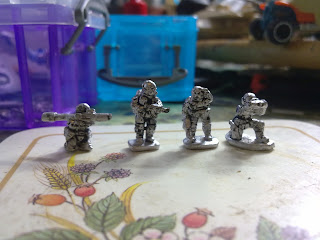 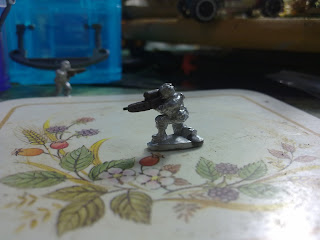 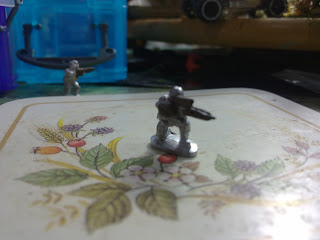 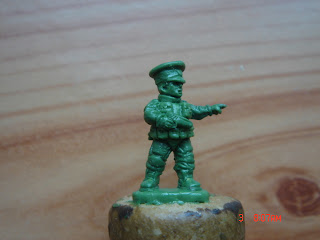 On a second note, Ive also been playing with gun conversions so any comments would be really welcome. Ive another, which looks more like a FAMAS I am working on and another you can see on the next head swap photos. Yep, head swaps are also done...or nearly done 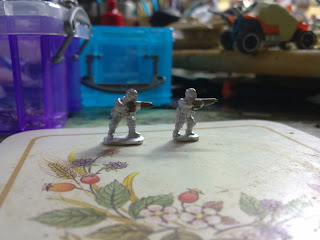 The head swaps are for the militia style trooper and lower class troops. No helmet optics for these guys, just a tin hat if they are lucky and nothing but cloth if they are not! They still have the trusty AK weapon, a tried and tested weapon if not the latest on the market! You can also see one concept weapon. Again comments welcome. 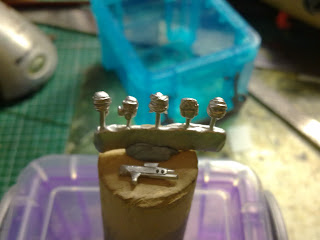 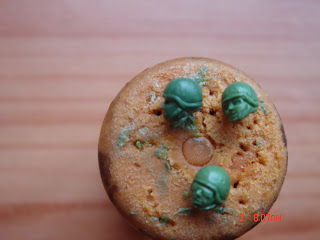 The helmeted head swaps will also have a gas mask version also.


As always comments welcome and suggestions gratefully received! In the next few weeks, I shall be releasing sneaky snippets and photos about a new force on the block. In the race for space colonisation, it was sure that the rusks would eventually pee someone off!